Your quote cart is empty.

The weigh cell consists of two main components:
1. A monolithic weigh system, based on force compensation technology and with a stainless steel housing
2. An electronic box, weighing data generated by the weigh cell is available via the interface port of
the electronic box and/or on the optional display. Using the built-in calibration weight, the weigh cell can be adjusted either via the RS-232 interface or by activating the calibration function on the optional display and keypad unit.

The protection rating of the stainless steel weigh cells is IP44.

Notes on Analytical Weighing with Weigh Cells
Handling of Samples and Containers Samples should be acclimatized to the temperature of the weigh cell to avoid negative effects on results, such as measurement errors and fluctuations caused by air buoyancy resulting from convection currents across the surface of the sample.
These negative effects increase as the volume and/or surface area of the sample increases. For this reason, the size of the container should be appropriate for the sample.
Samples and containers should not be touched by the operator’s hands, as the hygroscopic effect of fingerprints and the effect of the hand’s temperature can influence the measurement results.
Samples must be applied very carefully, whether manually (using a forceps) or automatically (by a robot or filling system). When designing a draft shield device, steps must be taken to keep the increase in temperature within the weighing chamber to a minimum (e.g., using a bypass).

The result is a force action between the charge on the sample and the permanently installed parts of the weigh cell. This causes the readout to fluctuate constantly.
Ionization can be applied to make the air around the sample conductive. This allows the charge to be compensated through the air, or discharged through the ground (grounded).

Aside from purely mechanical solutions (e.g., using a special weighing pan to shield the system), bombarding the sample with ions of opposing polarity to neutralize the surface charge is one of the most effective methods for eliminating static electricity. Sartorius can provide ionization devices for installation in weighing systems.

Weighing Magnetic or Magnetizable Samples
For technical reasons, the use of magnetizable materials in the manufacture of weigh cells is unavoidable, primarily because the operating principle of high-resolution weigh cells is based on compensation of the load through magnetic forces.

When weighing magnetic or magnetizable samples or containers, interaction between the sample or container and certain parts inside the weigh cell may have a distorting effect on the weighing results.

To keep such effects to a minimum, we recommend increasing the distance between the sample/container and the weighing system using a non-magnetic material. The force is reduced quadratically with the increase in distance. 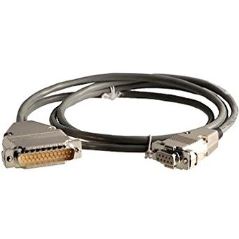 DWS understands scales and balances better than anyone and can find custom solutions perfect for any application.

Let Us Help You